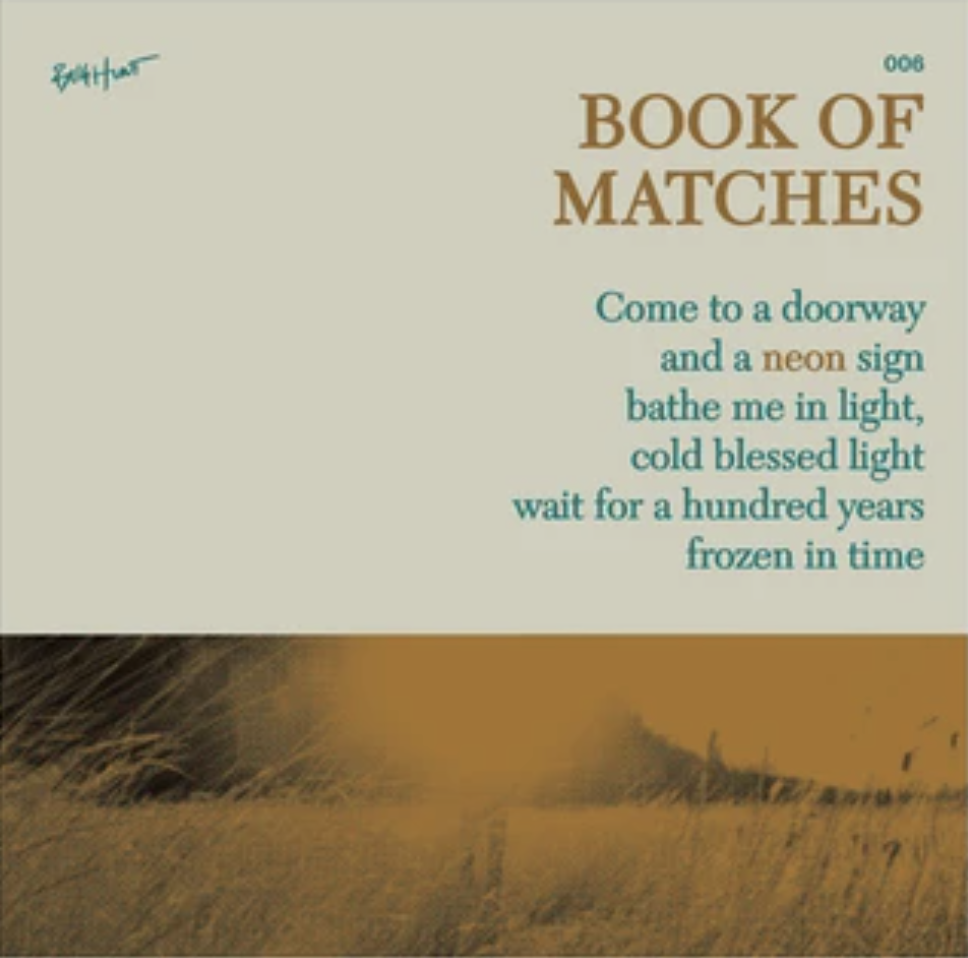 I won’t go into it here, but suffice it to say that 2014 found me once again writhing around on death’s doorstep. In 2015 this was the first music I made once firmly (miraculously) back in the land of the living. It holds a special place in my heart for that.

Book of Matches is a collaborative film project between director and dear friend Matthew Thomas Ross and myself, composed of minute-long single-take videos set to minute-long songs. As a rule I wrote and recorded each song in a single session, with the guiding maxim of less is more. Each video tells its own little story but when we finished the series a distinctive arc emerged. You can watch all ten videos here:

In 2016, Bug Hunt Records released the music from Book of Matches on limited edition 12” vinyl.